The benefits and dangers of Observational Learning

When a person picks up a behavior by observing another person demonstrating that particular behavior, they are learning through observation. Observational learning is a cognitive learning theory that acknowledges the thoughts, feelings, and expectations in people’s minds that influence them to act out behaviors they have seen others do.
In order for a person to learn through observation, they must first pay attention to whomever or whatever is demonstrating the behavior they wish to learn. Paying attention may be hard for some people, whether due to lack of interest or disabilities such as ADD/ADHD, but studies have found that when models have certain characteristic that appeal to the observer, the chances of a person fully paying attention increases.

For example, if a student who hates science is in a chemistry class where the teacher has to demonstrate how to conduct a lab experiment, the likelihood of that student paying attention to the demonstration is greater if the student finds the teacher attractive rather than unattractive. Also, when a model has characteristics that remind an observer of his or herself, the chance of a person paying attention is more likely than if the demonstrator had no similarities as the person observing them.
Memory is the second element of observational learning. In order for a person to act out what they witness someone else do, they must retain the memory of what they observed. Imitation, the third element in observational learning, is close linked to memory. After watching a model’s behavior and storing what they saw in their mind, the person must then be able to mimic what the model did.
The last element in observational learning is motivation. A person must have a desire to perform what they learned, and this is where consequences come into play. Albert Bandura conducted an experiment where children watched someone beat up a doll.

Bandura’s experiments showed that a person is more motivated to imitate an observed behavior when there is an expectation of a reward for that behavior, thus those that are successful are the most powerful figures for imitation, not those that fail or are punished. 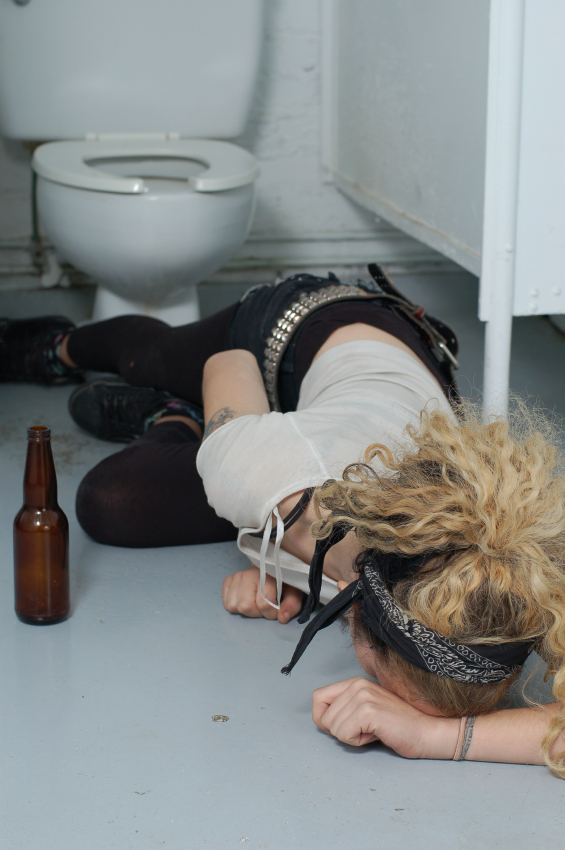 “The Sad Romance of Cutting and Burning,” in article in Psychology Today, explored “self-injurious behaviors that young people pick up from their friends or from the cultural zeitgeist” (Leibow), which include the use of drugs, eating disorders, and self-mutilation to deal with intense emotions, numbness and boredom, or to facilitate socialization.

Destructive behaviors like these are picked up by many young people after seeing such behaviors being glamorized in movies, magazines, movies, and books. Leibow mentions “too-rich-for-their-own-good celebrities” and “drug-martyred musicians and actors,” whom I consider to be the best examples of such negative role models.

Among these celebrities, musicians, and actors include: Kurt Cobain, the famous lead singer of Nirvana who overdosed on heroin; Amy Winehouse, a famous singer-songwriter who is notorious for her drug and alcohol abuse; and Lindsay Lohan, a famous actress who is known for her multiple drug rehabilitation visits.

Popular culture has endowed self-inflicted suffering with a perverse glamour that has made such behaviors “misery chic” (Leibow). Although these imitated behaviors begin voluntarily, the equated creative misery, martyrdom, and nobility they seem to possess is why they can easily change from being voluntary to habitual, which can then develop into an out-of-control addiction.

Self-destructive behaviors seem to have captivated our American culture, and the constant media hype of celebrities’ drug addictions, suspected eating disorders, and reckless partying is what drives people to continue emulating the behaviors exposed to them by the media. Those who look up to such celebrities, see their behaviors as passionate, creative, and meaningful, when in reality “they are utterly derivative, and unoriginal [with] no meaning beyond the self” (Leibow).

People who have eating disorders, addictions, etc who did not develop their tendencies by imitating those who are famous know the reality of the behavioral effects. Starving, cutting, and just harming one’s self in general is a lifestyle that is filled with anything but true happiness.

Even those who developed self-destructive habits or addictions after imitating those in the media could also vouch to say that what most people see as a unique, appealing, and exiting lifestyle is not actually all that is cracked up to be. “Regardless of how [one’s] self-injurious behaviors began, they [can] quickly take on a life of their own [and] cease to become an expression of pain and become a self-perpetuating source of pain” (Leibow).


For example, if a man idolized Kurt Cobain and began using heroin just as the singer had, he can become addicted to the drug, thus causing extra difficulty, stress, and problems for himself and others in his life. When an addict’s life gets to this point, the only escape he sees is the drug that started all the chaos in the first place, thus creating a never-ending, miserable cycle where “the “cure” for the illness becomes the illness [itself]” (Leibow).

The observational learning of such unhealthy behaviors in America is culturally determined. Since the development of drug/alcohol addiction, eating disorders, and self-mutilation can quickly develop into chronic practices, it is important for people to realize how harmful these behaviors are and how damaging they can become to one's life.

Although it can be difficult for people to avoid exposure to behaviors that are constantly exhibited in magazines, movies, books, and on television, there are some suggestions to help a person prevent themselves from developing self-damaging behaviors that could potentially grow into life-changing habits or addictions, such as: avoiding people who practice self-damaging behaviors, especially if they (the people as well as the behavior) seem appealing, and being skeptical of glamorization of booze, drugs, and self-degradation.

The way people learn through observation as well as the kinds of things they learn is quite interesting. What I have learned has opened my eyes to see that observational learning can be a beneficial method of acquiring knowledge and useful skills, but can also be a personally destructive and life-changing technique.